A Reminder to the Community

A Reminder to the Community

A statement from the TORA Staff:

It has come to our attention that apparently some drivers in lobby A of the TASCAR DeweyTee Memorial 400 made several comments about one of their fellow competitors who just so happened to be female.  These were the type of comments that do not follow TORA Sporting Regulations.  Article 2.3.3 of these regulations says "Bigoted, hateful, or offensive statements against any religion, race, nation, gender, age group, or sexual orientation" are among the type of statements that are not allowed on our site.

The TORA Staff is taking this very seriously and this type of behavior WILL NOT not be tolerated.  The Internet can be a dark place, but we want our site and the racing that we host to be somewhere were ALL are welcome.  The drivers who made these comments know who they are, but the staff would like to remind all TORA drivers that this type of behavior will lead to not only suspensions and bans on TORA, but to reports to Xbox to have them banned from Xbox Live as well.

The fact that this happened during a race to honor a fallen comrade makes this even more disgraceful.  At the end of the day, it is important to remember that we all came to this site because we love to race, and did not want to deal with the pains of Forza public lobbies.  TORA is a family, and just like any family we will not agree all the time.  Remember that the next time that you feel like you want to comment on one of your fellow competitors.

A Reminder to the Community :: Comments

This is disappointing that this has happened. Hopefully you find out who they are and they are dealt with accordingly. Nobody should feel intimidated to be in a TORA organised lobby because of their gender. There race number should be removed disgraceful behaviour 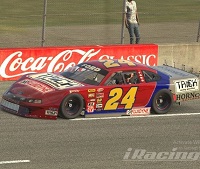 Yeah, I'm pissed. I lost one of my teammates; not good.

If anyone would like to say who it was feel free to message me or any staff member.

Sim racing is an escape for many- It's how I coped with somethings in my personal life, turning negatives into positives on track.

Banter is one thing, given there is an understanding between the parties involved, but malicious behavior should never be tolerated, especially discriminatory/prejudiced comments.

It's not often that females race on sites such as this, and to ruin their experience by idiotic comments is a shame. Hope those responsible are punished adequately. 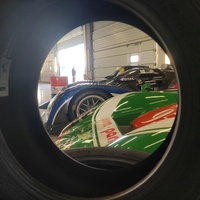 Partly glad and also very unglad that I didn't make A lobby that evening as the verbal abuse the instigators of this would have gotten from me would have been rather vulgar to say the least. It's unfortunate that, because of etiquette rules you cannot name and shame the horrible people responsible... This should not happen at TORA.

My guess is the offender(s) are already known. Hopefully the staff takes the appropriate action. A public announcement won't be necessary, as long as we know the situation was rectified.
While the fact that a girl is involved offends us all on some level, the truth is gender should be irrelevant. Any new member should be welcomed and made to feel like part of the community, and no member new or old should be subjected to harrassment or ridicule.

EZT MAKO 6669 wrote: While the fact that a girl is involved offends us all on some level,  the truth is gender should be irrelevant.

What is that supposed to mean?

Exactly what it says.

So everyone at TORA is offended (on some level or another) that a girl is racing here? But gender "should" be irrelevant so everyone is turning a blind eye? 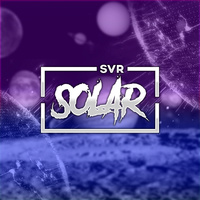 i think what he was meaning to say is, " That a girl has been Offended it affects us all on Some Level" i believe his wording was a little off haha.

No no Phil what Mako means is bad comments in general shouldn't be made be it male or female ,nobody deserves to be abused .

Thanks guys, that's exactly what I meant. I would never imply that anyone was offended racing a female ( and if they are they should get the boot).

My comment was more along the lines that as guys we still have some basic instinct to protect the fairer sex, which admittedly may be a bit chauvinistic. Having three sisters and a daughter I can tell you with all certainty that women are perfectly capable of defending themselves

Also to my point, as a steward I have seen numerous incidents where others have been subjected to similar treatment, yet nothing was posted on their behalf. Yes, the online world can be a dark place, but that does not mean we have to accept it here. As a community we should all hold ourselves to a higher standard.

Is this how low people actually stoop now? Jeez get a grip and grow up...

Whoever made the comments should certainly grow a pair and apologize for this behavior.

I'm sorry to say but because someone offended a female which is what happened, it's a big deal now? I'm almost 100% positive that there have insults to males as in male to male but never was there an outrage over it? Way more then male to female in tora pretty sure this was the first time hopefully the last but dang it seems as if it's defending the female only, when it should defend the Male and female, just wanted you guys to see that POV of it too

This shouldn't be so public is what I'm saying I guess

There is a big difference let's not try to dub this down ,end of the day this gets the message across that this behaviour will not be tolerated be it towards male or female .

F4H Trash wrote:There is a big difference let's not try to dub this down ,end of the day this gets the message across that this behaviour will not be tolerated be it towards male or female .

F4H Diablo wrote:Sim racing is an escape for many- It's how I coped with somethings in my personal life, turning negatives into positives on track.

Banter is one thing, given there is an understanding between the parties involved, but malicious behavior should never be tolerated, especially discriminatory/prejudiced comments.

It's not often that females race on sites such as this, and to ruin their experience by idiotic comments is a shame. Hope those responsible are punished adequately.

Like Diablo, I share the same feelings about sim racing. With how divided our world is, we should look to racing groups like this for a break from the insanity that's happening. A part of the insanity is the divisive rhetoric that's now drawn lines within our communities. We should not let that spill onto these online safe havens because here an American can be teammates with a British, Canadian, Australian, and German individual, and vice versa. Here the only skin colors that matter are the ones on our cars. And when it comes to the topic at hand today, gender, we're no better than the people that argue about it today in the real world. Instead of not getting involved with the controversy of Gamer Girls within the gaming communities, we find ourselves here today ashamed and embarrassed. All because actions of an unnamed individual.

ShortyGoFast was a glorious example of the diversity that TORA has. We opened a new chapter and could have started a revolution of new female members on this website. As a teammate of her's, I found it refreshing to work with a woman for once because in every single team I've been in it's been primarily male dominated. I tested with her, tuned with her, and raced with her. She was treated like anyone else. I didn't look at her gender, I looked at a new driver with the potential to do great things. And she was just hitting her stride when this happened. And to make things even worse, it was during an event celebrating the life of one of our fallen members, DeweyTee. I'm on the team Dewey was on (Ax4x) and I wanted to bring a result which would raise the morale within the team and to get us going again. Now that victory I got for every single member on Ax4x is now overshadowed by one of our own making an exit due to discrimination.

For the individual that made a glorious moment turn dark, show yourself. You've caused such a mess of this situation that you deserve the necessary punishment.

I'm not sure what rumors y'all heard about what was said but there was no derogatory comments made. There was a caution flag and she apparently was upset over the cautions. After she left there was a discussion about how aggressive she is in public lobbies and that was pretty well it. I not trying to take away from the rules and regulations because I personally agree with them. I just think you should be aware of what really happened and I think what you heard was out of context exaggerated story. She did not leave the lobby because of comments being made because there was no comments being made. I didn't even know there was a female in the lobby until after she left and they said she was a female. So whatever y'all are hearing about derogatory comments being made are just simply not true.