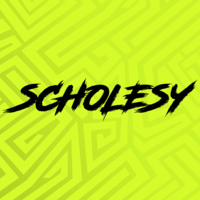 Description by VNX Castaway: TFZ Spider goes backwards during qualifying while on stream was able to get a clip live happening

Staff Ruling::Reversing on track during a live session is strictly forbidden under any circumstances. PXM BorealisFox violated this rule not once but twice in the same session. Due to showing blatant disrespect and disregard for the established rules of the event and TORA in general, he has been disqualified from the event and will not be allowed to participate.

Description by TMS Brandy: Remix did not stop dead on the 20:00 mark and gained time doing so, DDM Jam and Corvid had been notified

Stewards Decision: NWR Remix will be assessed a minor penalty of 2.5k for failing to stop at the allotted time. His defense was that his timer was off, he noticed others stopping and proceeded to stop. Since we can't verify one way or the other this was the case, to be as fair as possible, we have split the difference and applied a minor penal

(If you would like more clips as well I will oblige)

Description by D3AD x HORIZON: Its L3uck of VER Redline II missed his 4 mandatory pits stops and only took the 3 accounted for. As well as at the end of the race as soon as it ended he left the game saying he “lagged out” however stayed in the party chat fine. This was a deliberate cover to try to hide where his pit stops should have been displayed.

Stewards Decision: This is being dismissed for lack of evidence. The video provided is a full length replay of the filer's stream from his pov. As quickstops are not used during endurance events, pit stops are not recorded. No one on the stewards team has time to watch an entire 90 minute replay.

Description by Staff SI: STAFF SI - The Ryzeing Light Racing car used for this stint had the wrong upgrades applied

The rear wing installed was incorrect.

Stewards Decision: RZM McQueen's stint is disqualified for using an illegal build. It is the drivers/teams responsibility to insure that all builds meet the posted requirements. Whether or not a statistical advantage was gained is irrelevant. The penalty for an illegal/improper build is an automatic DQ.

Description by BigChungusCN: As can be seen and highlighted Nicky contuined after the stop count and didn't stop

Stewards Decision: Nicky's stint will be disqualified for failing to stop at the specified time. This was his first event, and unfortunately this mistake is a costly one. A few seconds would likely only draw a penalty, but continuing on for nearly a minute cannot be ignored. Note to teams, if you have new drivers competing for the first time in a major event like this, you should make it a point to insure all your drivers are fully aware of the rules and procedures.

Description by TheYakobski: Going into the hairpin's braking zone, AJGamer hits the rear of my car and throws me hard off track.

Stewards Decision: AJGamer will be assessed a 5K penalty for avoidable contact. It is also noted that this his his 3rd infraction. Any further incidents will draw more severe penalties, up to and including disqualification and a possible suspension from racing depending on the severity of the incident.

Description by TMS H4YDEN: OTR Alpina continues to drive after to be told to stop. had he stopped on time he would'nt have even made it to the braking point for the hairpin

Stewards Decision: OTR will be assessed a 2.5k penalty for failing to stop effectively at the specified time. In the stewards view, he was braking, but clearly gained a bit more than he should have.

Description by TMS BumDrop: At 2:11 in the clip, Juice8506 attempts to enter the pits. He misjudges it and ends up missing the entrance as I pass him. Later on at 2:26 in the clip the game says he's entered the pits on the left hand side. This indicating that after having missed the pit entrance he either reversed or turned around and gone backwards instead of going another full lap as you are supposed to. I asked about the rule in the party to which Juice8506 admitted to have gone backwards/reversed on the track to go back to the pits.

Stewards Decision: Juices's stint will be disqualified for reversing on a live track. To his credit, this was again, his first event here with us. He admits to his mistake and his misunderstanding of the rule. His honesty has been noted and greatly appreciated.

Steward Inquiry Reference Number: 1138
Drivers Involved: AMSB3astShadow
Series: TEC
Round: Round N.° 3 (Homestead)
Race: Stint 4
Lobby: B
Lap: At 14:30 minutes to the end (from the counter)

Evidence: YouTube full live commentary ( on the ""TheCommentaryBible"" channel), at 10:09:49

Description by Stefoark: The driver involved cut the pit exit

Stewards Decision: AMSB3astShadow will be assessed a 2.5K penalty for pit exit violation.

Evidence: Replay saved. Sent to bigchungus as GamerDVR refusing to update. Was ok’d by staff.

Description by PTG Ewok: TNTPalemo travelling a good 2000 ft after timer ran out. Never returned back to original place.

Stewards decision: TNTPalermo's stint will be disqualified for failing to stop at the specified time and gaining a significant and unacceptable amount of distance.

Description by OK FoxJasonD: (Incident starts around 1:25 of the clip)
Heading into turn 2, I brake in order to slow down and make the turn. gonnamashyou slams into me. The force of the hit sends me into the wall causing 100% damage. While I do accept his apology, there still was some significant time loss due to having to slowly make my way back to the pit.

(I am aware that the clip ends with me doing an unsafe rejoin and hitting SFM Cowmaster. This was a dumb mistake on my part, and I take responsibility if he submits and SI for that)

Applied, along with the livery inspection penalties.