Welcome to TORA Production GT! This championship will be hosted on Forza Motorsport 7 and consist of 6 rounds.
Rounds 1-5 will feature two races of equal length, whilst the final Round 6 will be a single, double length race for double race points!

By registering for the series, you agree to the rules and regulations written in this thread and the TORA Driver’s Handbook. Please take time to carefully review the following regulations carefully before entry. TORA reserves the right to alter this rules package as needed for the purpose of fairness and clarity in competition.

2. Livery Rules
2.1 This series has defined livery rules that each Competitor must adhere to in order to participate. Failure to do so may suspend participation or result in a disqualification.
Livery requirements are at the link below:

https://toraonlineracing.forumotion.net/t21702-tora-production-gt-livery-rules
3. Car and Build Rules
3.1 This series has a defined build, or list of cars with defined builds that each Competitor must adhere to in order to participate.
Failure to do so may suspend participation or result in a disqualification. Build requirements are at the link below:

https://toraonlineracing.forumotion.net/t21705-tora-production-gt-car-list-build-rules
4. Hosting and Marshals
4.1 A race may be split into multiple, numbered lobbies depending on the amount of registered drivers.
Each lobbies will be hosted by chosen members of the Marshal Team or TORA Staff designated as the Lobby Host.
4.1.1 Communication for this series will be run through discord voice channels in the TORA server.
4.2 Members of the Marshal Team who have registered but are not designated as a Lobby Host may be expected to host in situations in which they are needed.
4.3 The host of each lobby will be expected to gather data, position Competitors and ensure that regulations are followed.
4.4 In-game lobby settings must be followed and are linked below:

https://toraonlineracing.forumotion.net/t21703-tora-production-gt-lobby-settings
5.  Qualifying
5.1 The fastest, clean lap from a Competitor, as denoted by the timers in the game will be recorded for qualifying.
5.2 Qualifying sessions will last 10 minutes. Once 10 minutes has passed, you may complete the lap that you are on, before coming to a stop. For Round 6 ONLY, this will be extended to 15 minutes.
5.3 The Lobby Host will record the results.

6. Race Starts
6.1 The start of each race will be a rolling start.
6.2 During a rolling start, the field will complete one pace lap at 60 mph in a single file and form double-file lines towards the end of the lap. The race starts as each row crosses the line.
6.3 The final round at the Nurburgring Full Circuit will not have a full out lap. Instead the race start point will be in between Turn 2 and Turn 3 under the gantry that crosses over the track.

8. Safety Car
8.1 A safety car may only be called if three (3) or more cars are damaged in an incident

9. Pit Stops
9.1 There is 1 mandatory pit in every race, except for the final endurance round which will have 2 mandatory stops.
9.2 Mandatory stops must be taken during the designated window. The window opens at 10:00 on the race timer, and closes at 20:00 on the race timer.
Pit stops may be taken at any time during the final round.
9.3 Competitors are allowed to pit as needed for damage to their car in the case of an incident.

10. Championship Calendar
10.1 The championship calendar is at the following link:

https://toraonlineracing.forumotion.net/t21701-tora-production-gt-calendar
11. Postponed/Cancelled Meetings
11.1 Sometimes a round/meeting may be postponed. TORA Staff and the Race Director will decide whether the meeting is cancelled or moved elsewhere on the calendar. 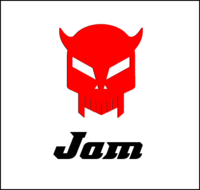