So I'm interested to know if anyone else has had this problem in Forza Horizon 3?
I thought I was doing something wrong until I search around and saw that it has happened to a LOT of people. I cruised through the original game no problem and gained all the achievements.
On Blizzard Mountain two achievements will not unlock and I've tried everything. "final bout" and "and long may they reign" are stuck on 66 and 96%
It's really bugging me because I wanted to smash this game wide open and now I'm stuck because they will not unlock. It seems my only option is to delete my save and start all over again but I'm not prepared to do that. Especially because it's not guaranteed to work the second time around.
I've spoke to Microsoft live support and ran through all there help (which took the best part of two hours!) I've also had a lot of back and forth with Xbox Support on Twitter, also no help at all. In the end they told me to "fill in a survey to alert Microsoft of the problem".
I've filled it in but some of the posts are going back maybe 4 months so I can't see anything getting done.
Anyone got a solution? 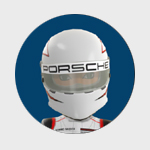 Similar topics
» WHy are you ignoring me?
» Common sense: Prevalation
» Common sense prevails in Paris
» Another toyota problem
» Problem with TDU Website.