Yesterday at 22:50 by RZR rossduds

Anyone considered trying the ESL Project cars cup? I have tried the last two rounds and its been awesome.

Have a look for yourself:

Its basically a 1 vs 1 knockout ladder competition on Sundays. With the best 8 drivers for the month going into a final Race each month. I'm signed up for this Sunday if anyone fancies having a go at beating me ;O) More the merrier.

See you there! Be Good if other Teams could join in or even if TORA could come up with a team! Be great practice for when the Project Cars 2016 Driver Network Challenges start again. Teams need to registered by April!!!
projectcarsesports.com/preseason.html

Yeah I've seen this, I just wish it was held different time as it's too early for me. 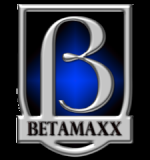